I just had to break out one of my favorite comfort foods. Century egg porridge. Hailing from Singapore, century egg porridge is one of those foods that I used to have for lunch after school. Piping hot and gruelly with minced pork, ginger and scallions, it’s a satisfying and also a low-calorie meal. It’s also very easy and quick to make, and uses up leftover rice in a jiffy. Porridge, or congee as it is more commonly called in America, is usually cooked two different ways: thick or soupy.

And this is soupy: 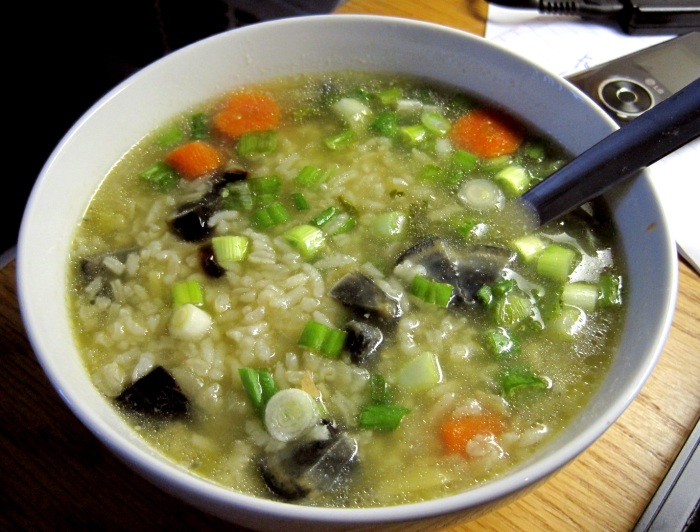 Personally, I like my porridge soupy. It might have something to do with the fact that I am descended from the Teochew people, and they are known for their predilection for watery congee. In the second picture, I had actually used some leftover broth from chicken and vegetable soup to cook the porridge. I can’t quite explain how much I love porridge. I could eat it for all three meals with condiments like preserved mustard greens and fermented spicy bean curd I won’t get sick of it.

There isn’t really a fixed proportion of ingredients for this meal – it really depends on how you want it to taste.

To serve, garnish with chopped scallions.